Lyrics for Singable Satire: "MEL AND HIS HERNIA", plus a bonus poem 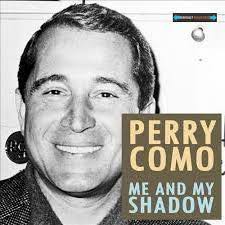 ORIGINAL SONG : "Me and My Shadow", Rose, Dreyer and Jolson, 1927, as performed by Perry Como, Maurice Chevalier, and many others.
PARODY COMPOSED: Dr.G.H. and Giorgio Coniglio, December 2015.

PLUS: A bonus poem, joining the disparate topics of hernia and gender-neutral language (see below!)

MEL and HIS HERNIA


(to the tune of "Me and My Shadow")
Mel:
Me with my hernia
Shuffling down the promenade
It's disconcerting;
Perhaps that's why for months I haven't played.
It's always in my pants --
Lopsided bulge.
But chicks who check
Don't want to indulge.
For me and my hernia
Time has come to part our ways.
Mel's Friend:
Mel and his hernia
Huffing down the avenue; ("Hey, Mel!")
Fellas discern 'cause
It's so displaced, it's not quite out of view.
"What sets things right?
Herniorrhaphy.
You're so uptight.
NOT 'hysterectomy'."
"So, go have your surgery.
Soon, before that thing turns blue."
BONUS POEM
GENDER NEUTRALITY  (OEDILF #107355)
On a whim, change our language? Think this:
Persons all have a bundle of His.
Where's our gender-free talk
When unmended heart block
Or mandibular's taken amiss?
And still further, I'll mention hirsute
(Few girls find male escutcheons so cute.)
Ma'am, your hernia's a mystery,
If we shed your past history —
Your remote hysterectomy's moot.

Avoidance of discriminatory gender-bias in language is an unassailable aim. In the medical field, there are many terms which are problematic due to syllables that in written or spoken form make them seem suspect for such bias. Usually, however, this 'problem' is happenstance based on the incorporation of Greek root-words. Sometimes the level of comedy is reached, as in the near-homonym for the male possessive form in the term HYSterectomy' (surgical removal of the uterus). Other medical terms with hidden male-promoting messages, as in the above verses, may include unMENded, HEart, MANdible, escutcHEon (pubic hair), and Bundle of HIS. HIRsute and HERnia seem to be exceptions to this formulation.

Putative messages may also lurk in non-medical diction including wHIM, tHIS, perSONs, wHEn, aMISS, furtHER, MENtion, MYStery, SHEd, and HIStory.

Can we ever make language gender-neutral?
If you want to resume daily titillations on our other public blog 'Daily Illustrated Nonsense', click HERE. Once you arrive, you can select your time-frame of interest from the calendar-based listings in the righthand margin, and check the daily offerings for any week in the years 2020 and 2021. (There are now almost 700 daily entries on the Daily blog, and most of these are also presented here on 'Edifying Nonsense' in topic-based collections.)
Posted by Giorgio Coniglio at August 20, 2021