Continuing from the previous post of just ten days ago (February 10, 2021).

Again, to expand any slide, just click on it. 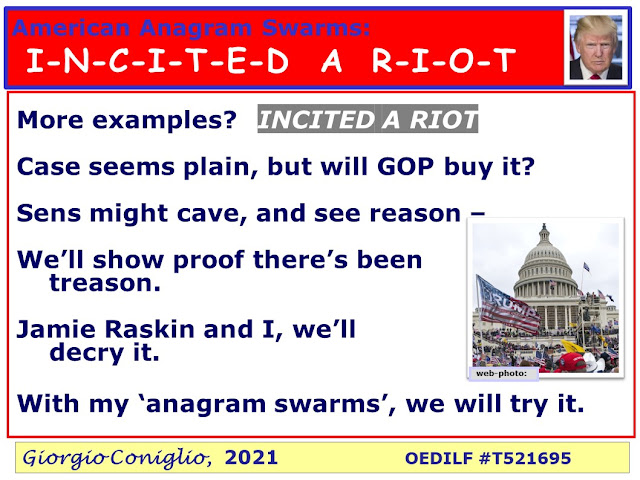 Representative Jamie Raskin was the chief House Manager (prosecuting the charge of impeachment) during the recent trial of ex-president D.J. Trump in the U.S. Senate. 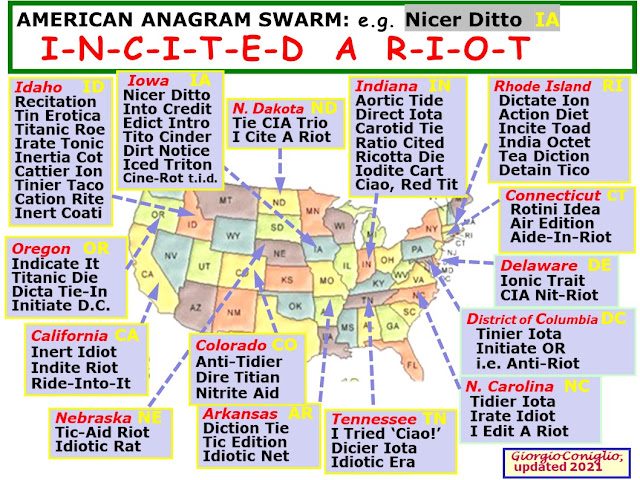 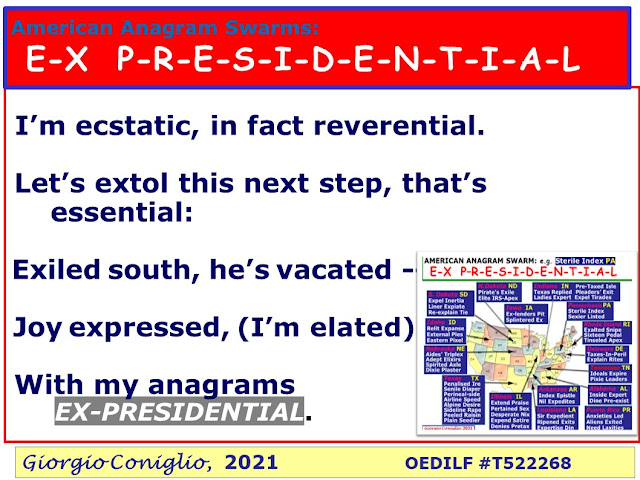 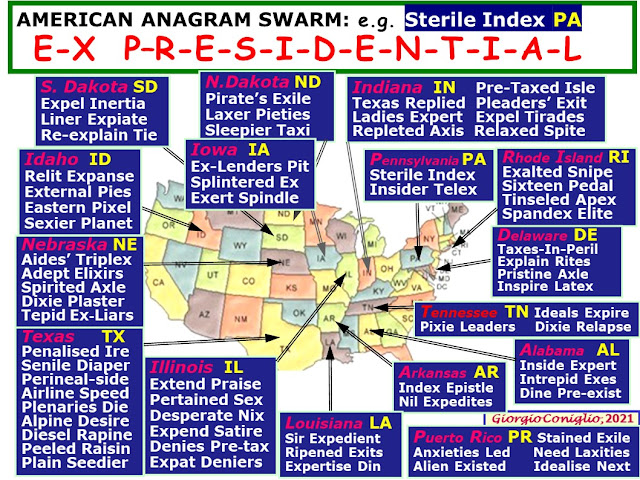 As often happens in trying to portray a swarm of anagrams, I have left out a few relevant places; in this case, it was simply because I ran out of room on the map (which was progressively updated to a total of 65 entries). Apologies to the villages of Alien Preside, Pilsener Idea and Needier Pails TX in Texas, Exited Spiral NE in Nebraska, Delete Praxis IN in Indiana, and Axis Repented and Ex-Sardine-Pet IL in Illinois! 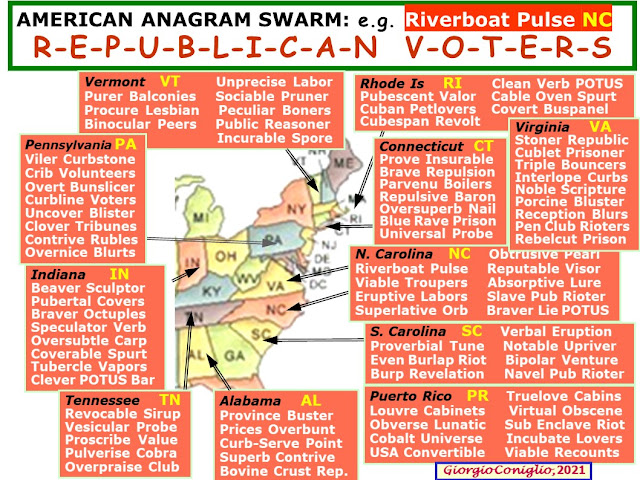 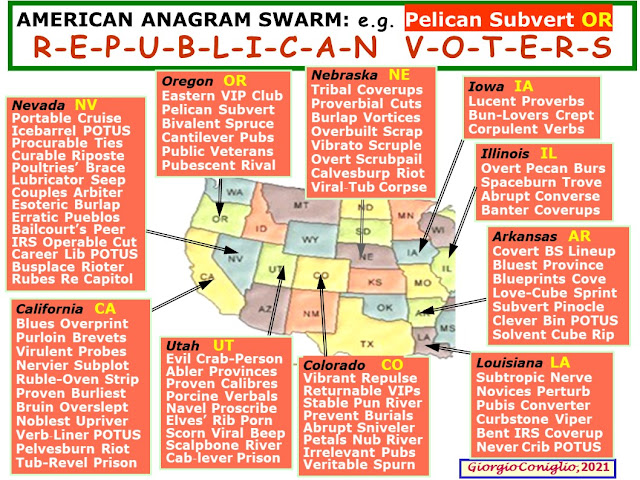 Interesting observation: If you put America, i.e. 'U.S.' last, as in the following slide, you get a different array with fewer interpretable anagrams in most states, but a flourishing of word-scrambles for Nevada and Puerto Rico! The states of South Carolina (SC) and Utah (UT) had to be left off this map. Can you explain why? 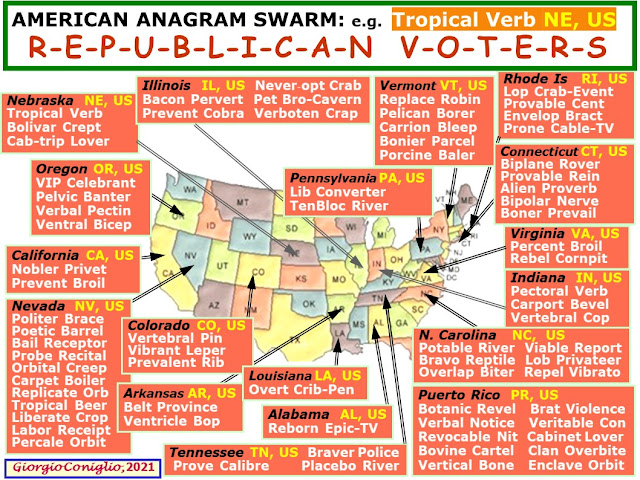 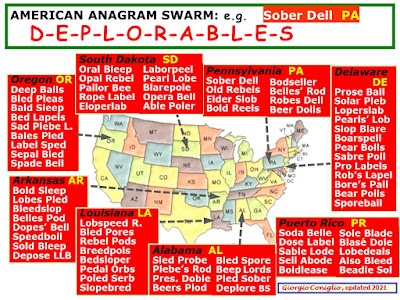 You will be able to find more anagram swarms in a follow-up post by clicking here.
Posted by Giorgio Coniglio at March 05, 2021