The Absurdity of English: Singable Update of the Poem "The Chaos" by G.N.Trenité


“The Chaos” is a poem written by the Dutch writer and English-teacher Gerard Nolst Trenité as a comment on the difficulty of English pronunciation. The work was published by the author in various versions (of increasing length) over the period 1920 to 1944; it has frequently appeared unattributed with some re-editing.


NOTES ON THE UPDATING (per G.C.):
I have made changes quite liberally in the poem in adapting it, including 1) removing lines with dated language, 2) giving priority to American rather than British pronunciation,  3) changing the politically-incorrect context with the implied female character now serving as the language expert as well as the inspiration,  4) creating some thematic stanzas based on the subject matter of the targeted orthographic difficulties, and 5) adding a final stanza to emphasize the learner's problem of accenting the correct syllable.

Most importantly, the work has been made singable, including a touch of Caribbean lilt in relation to the ORIGINAL SONG, "Limbo Rock", as recorded, 1962, by Chubby Checker. See Giorgio's version of the song, "Chaos Talk" by clicking at the songlink. 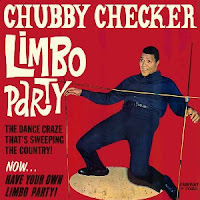 (Singable Revision of G.N.Trenite's "The Chaos")

History of a billet-doux  -
Dizzy mystery to me, Sue
Why a busy quasi-poet
On excuse like me do dote
It's enough, you found in jiff
I'm not into petroglyphs,
Aural word-play that you wrote
Oar or ore, rose, rows my boat.

Accent's hard to get correct
As in current or connect
Segment, portrait they portray
Moray, banquet and filet.
Insight, inquest and intent
Recent recipe, cement
Exit or exist, exude
Concert and request - conclude!