CREATIVE CARTOGRAPHY involving anagrams. This post relates to the solution of wordplay puzzle #3. Approximately 110 anagram-towns in the United States dispersed in 16 states of the USA serve as solutions to the puzzle  - See Post #48.
PUZZLE COMPOSED: by Giorgio Coniglio, April 2017.
SONGLINK: A masterful parody song posted on AmIRight by my good friend Phil Alexander can be found here. The song "Impeachment Seems to Be the Hardest Word" is based on an Elton John original.
NEWS UPDATE May 29,2017: "Cities Join Call For Impeachment" 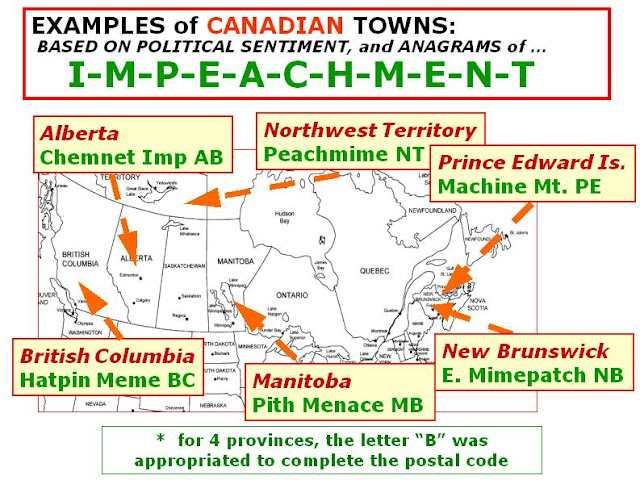 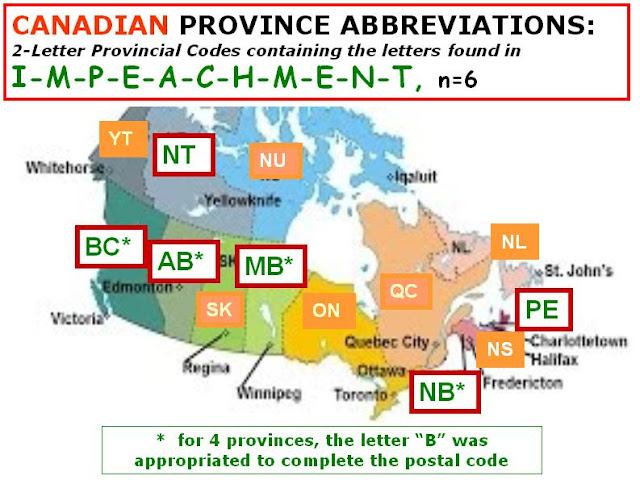 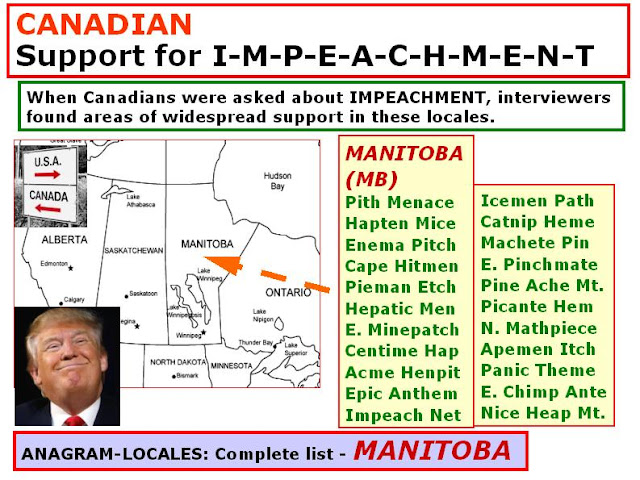 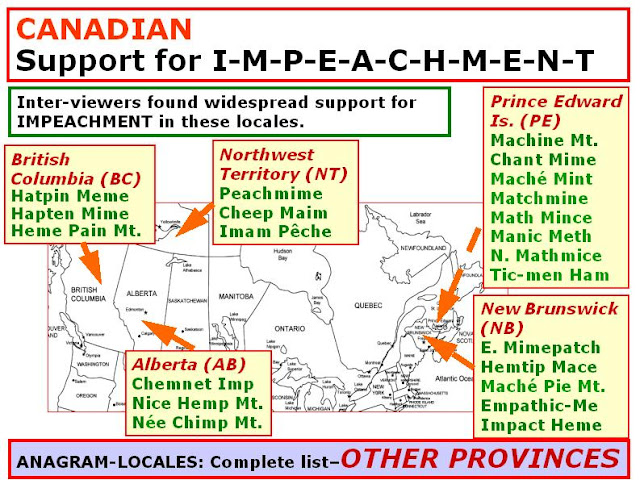 To Canucks and other readers:
I hope you enjoyed this quasi-political nonsense, which I have characterized by the term Canadian Creative Cartography. If so, you might take a look at these other posts that use the same geographic and lexicographic tools in the pursuit of meaninglessness.
post #33: "Collaboration between Johnny Cash..." Anagrams of
P-A-L-I-N-D-R-O-M-E-S.
post #38: "Surprisingly High Approval Rates..." Anagrams of
R-E-P-U-B-L-I-C-A-N-S 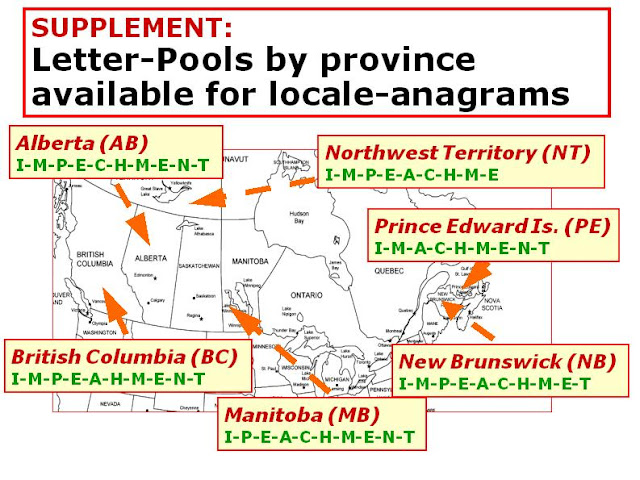