Chemical States of America: Proposal for a New Type of State Symbol

WORDPLAY post #69
EDITOR:  Giorgio Coniglio, July 2017. A tip of the hat is given to Dave Rutt for invaluable inspiration.
SONG LINK: On our sister-blog "Giorgio's Ukable Parodies", you can find the song "No Elements" This patter-song list of Latin nouns ending in -um has been subbed into the lyrics of Tom Lehr's "The Elements", with accompanying ukulele chords.

BACKGROUND: Every state in the United States picks a broad spectrum of state symbols to represent its particularities. These include state flags, state mottos (usually in Latin), state flowers, state birds, state songs, state foods, etc. Imagine if each state was called upon to designate a state chemical element .... 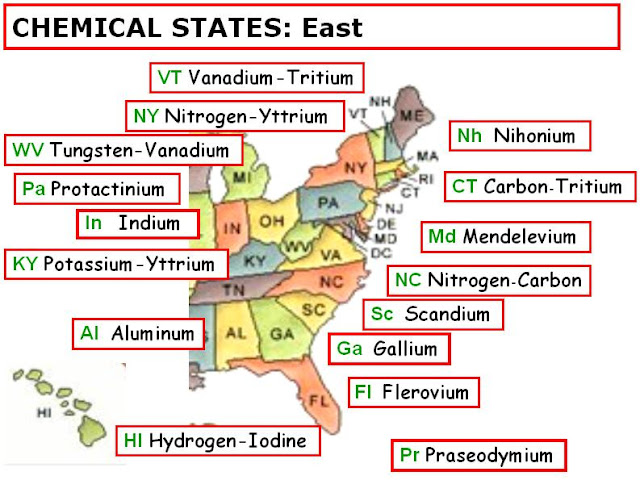 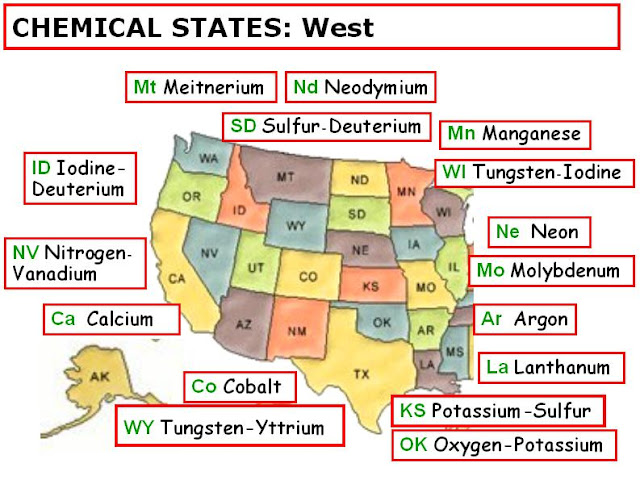 Some states will find themselves in the difficult position of not having a logical target element to 'adopt', based on the limited supply of available 1- or 2- letter symbols at the present time. In these cases, imaginary elements could be designated, with the hope that the progress of science will eventually fill in the gaps. Some proposed 'imaginary elements' are shown in the following slide: 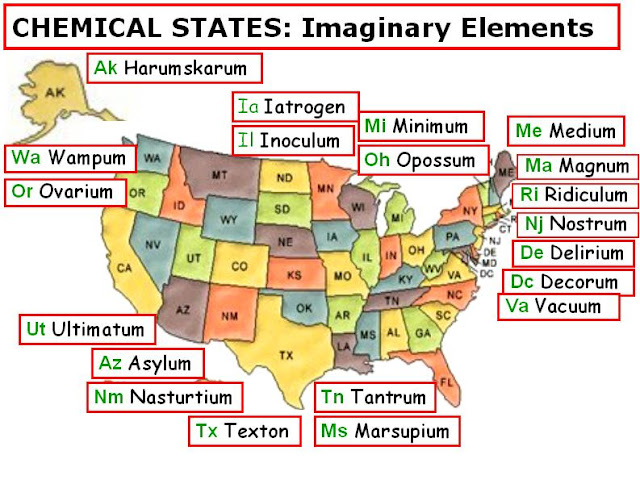