WORDPLAY post #136
SATIRE COMPOSED: Giorgio Coniglio, August 2018.
Today's verses, along with their accompanying notes, have been published at OEDILF.com, the online humour dictionary. At the bottom of each slide, the identification number is given for each published dictionary entry.
SONGLINKS: The underlying concepts for some of these verses had been adapted as parody-lyrics and set to the music of an ABBA tune in 2013. See the blogpost "Canoe, Canoe, Canoe, Canoe, Canoe" on our lyrics blog "SILLY SONGS and SATIRE". The lines set out in the verses below evolved into a second nostalgic song about canoeing, which can be viewed here.
PHOTOS: Unless otherwise noted (by pale blue acknowledgment plaques), embedded photographs were taken with and transferred from Giorgio's cellphone. Following submission of the poems to OEDILF, the slides collages we present here were formatted using Powerpoint software on a vintage 2000-era PC computer. OEDILF has no involvement in the pictorial portion of this presentation. 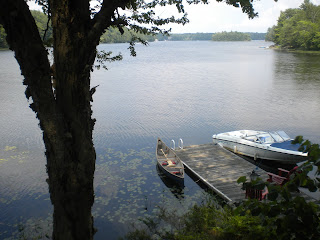 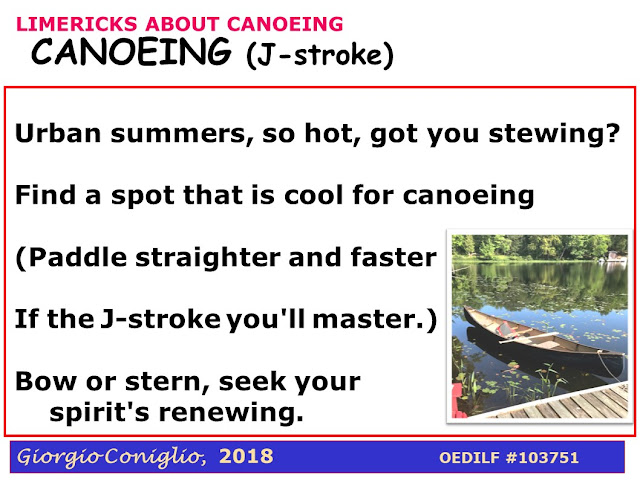 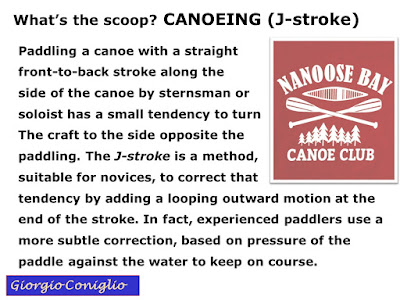 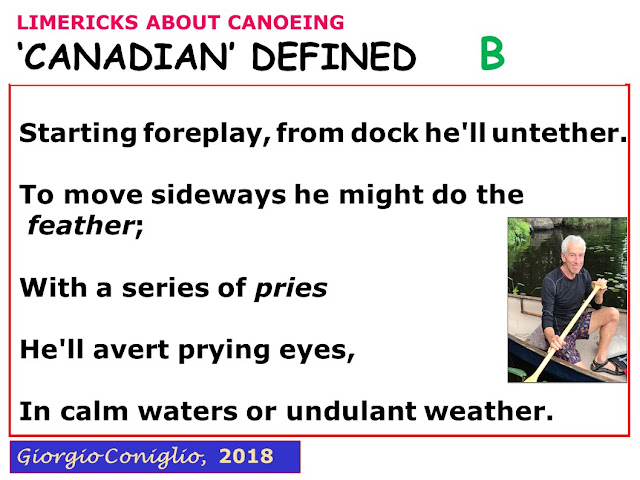 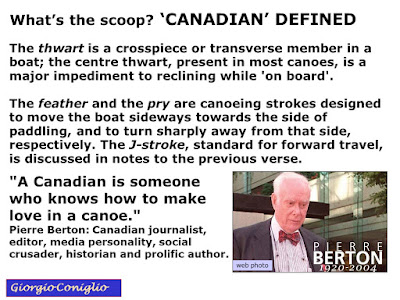 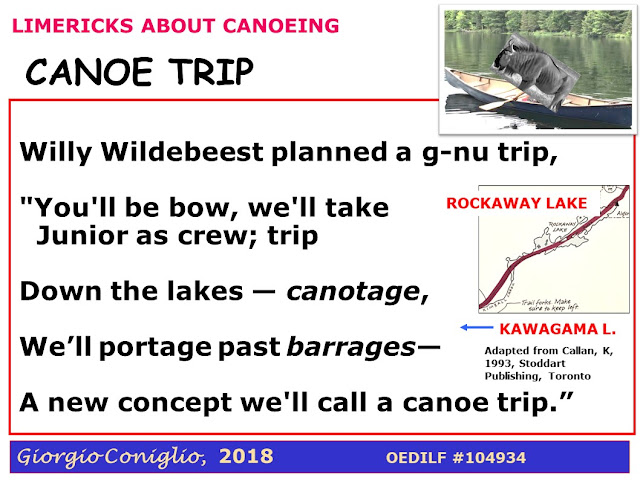 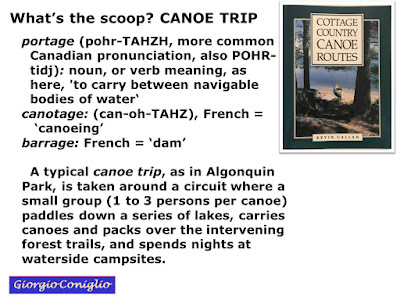 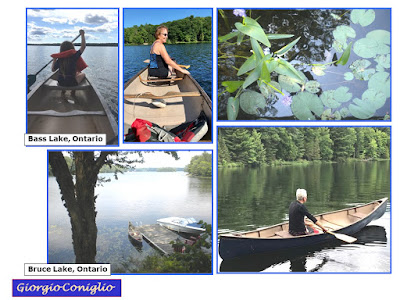 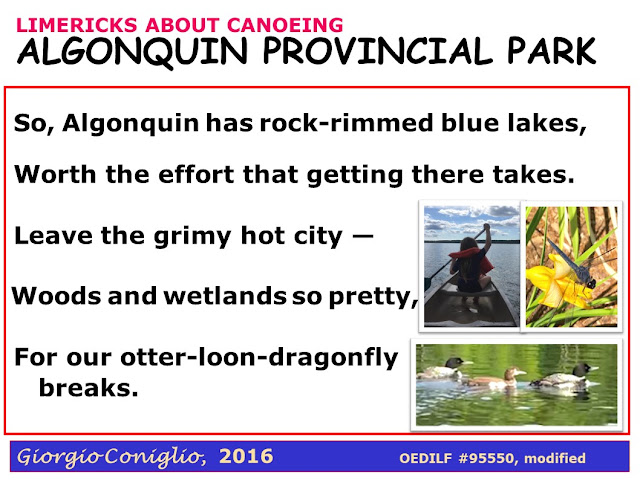 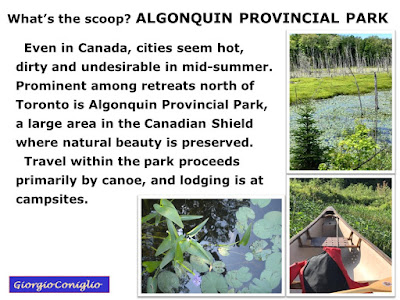 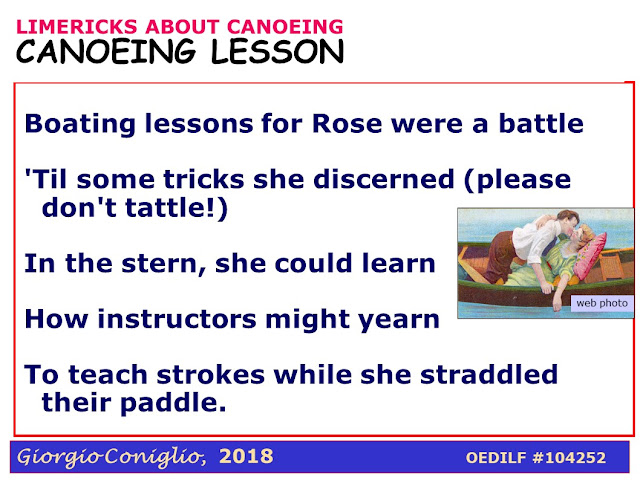 If you are 15 or over, you can check out this verse on the later blogpost "Faintly Obscene Limericks". 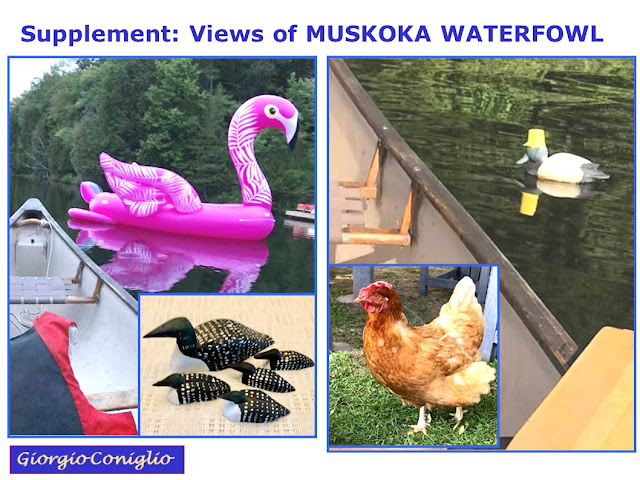 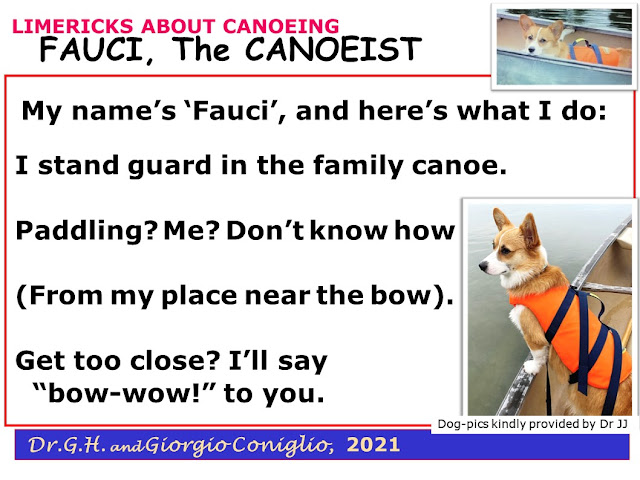 I encountered this on my late afternoon cycle-ride through trendy Rosedale on a rainy autumn afternoon. In its second year, this festival, I found out, brings together people portaging canoes across a 17 km ancient aboriginal trail between the Humber and Don watersheds. At this point, the portagers had just crossed the Mt Pleasant Expressway. 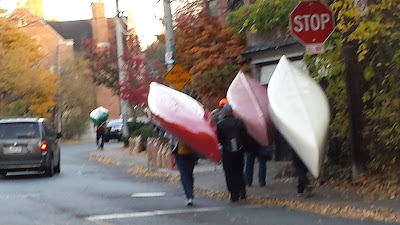 Posted by Giorgio Coniglio at September 20, 2018