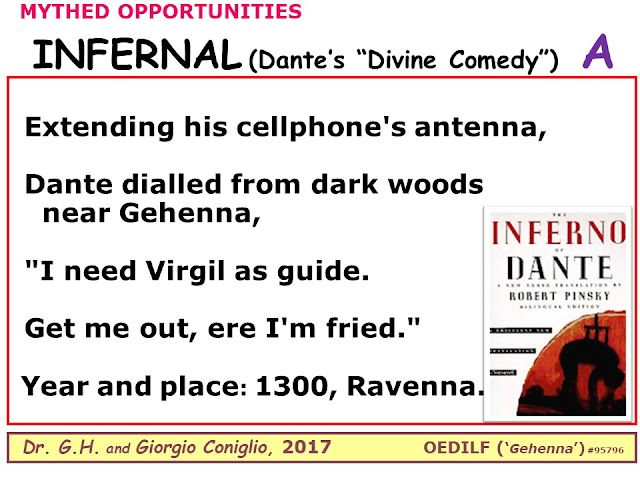 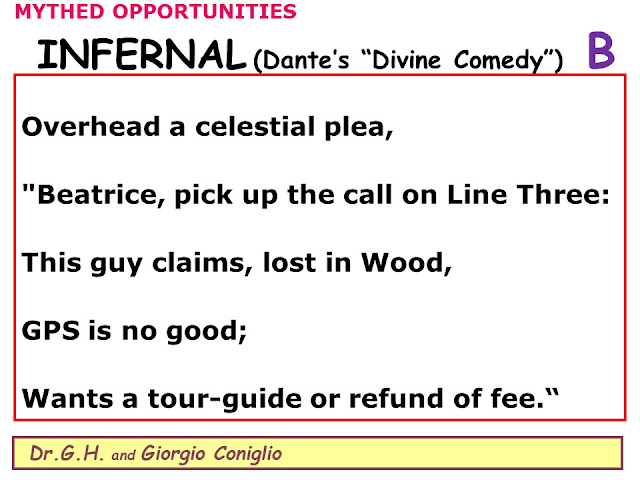 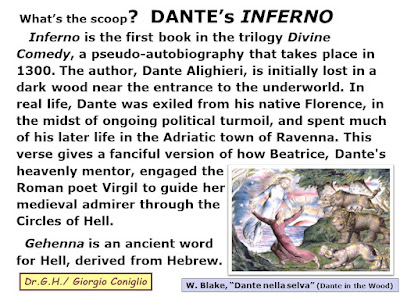 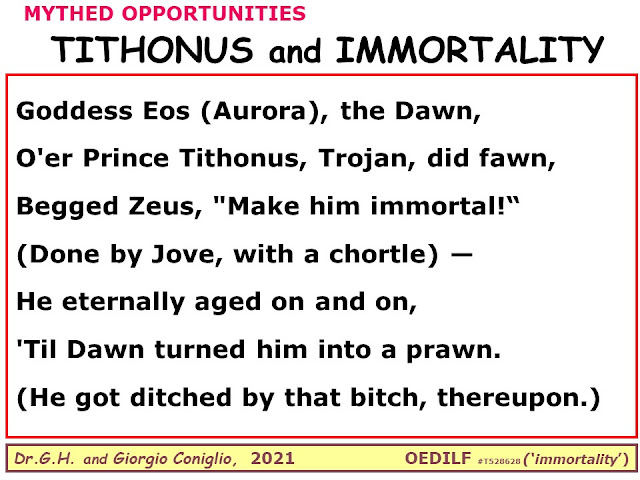 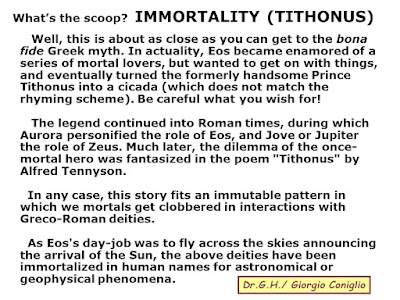 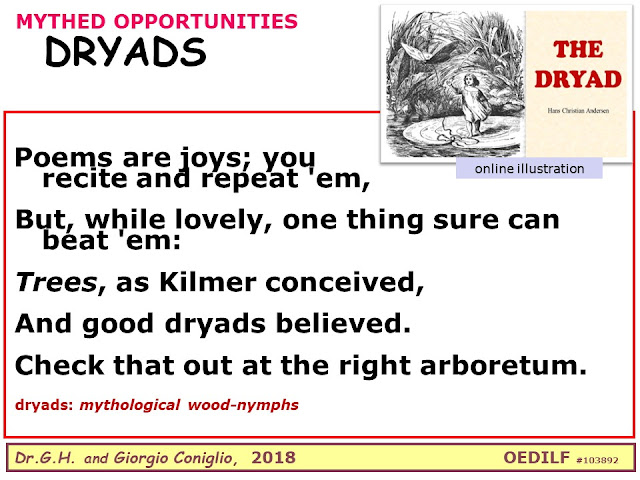 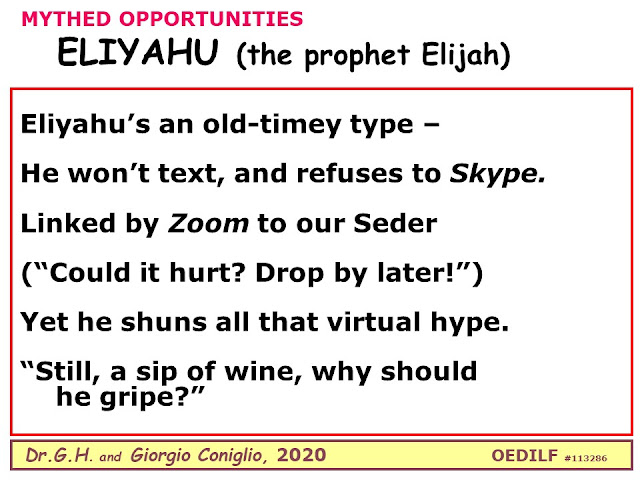 Now on me falls the gruesomest onus,

Maimed his Pa, this bad dude,

Then devoured his own brood.

Zeus escaped, then dethroned him. A bonus!
Dr G.H. and Giorgio Coniglio, 2022    (OEDILF #113710)
Authors' Note: The nasty Greek deity Cronus, (sometimes transcribed as Kronos) has intermittently been conflated with the Father Time-like figure Chronos, but eventually merged with the more benign Roman god Saturn, for whom Saturday, the planet Saturn, and the harvest festival saturnalia are named.

In the harsh Greek version of the myth, the youth Cronus castrates his father, Uranus, at the urging of his peevish mother Gaia. Later, Cronus learns that he, too, is fated to be overturned by his own offspring, and devours them, except for Zeus, who escapes and eventually does overthrow him to become king of the gods.
EOS (DAWN's ENDLESS NIGHT)
The mere concept can give you a fright:

Should that asteroid, Eos, alight

On Earth's landmass, the force,

Might bring eons of Dawn's endless night.
Dr G.H. and Giorgio Coniglio, 2022    OEDILF #115472
Author's Note: The asteroid known by astronomers as 221 Eos is apparently a large orbiting body with a diameter of over 100 km. It has a potential, should it strike the Earth, to bring about an extinction similar to that produced 60 million years ago that wiped out the dinosaur population.
Like most heavenly bodies, this one was named after a figure from Greco-Roman mythology, Eos (Aurora), the Goddess of Dawn; the irony is apparent. Click HERE for another nonsensical poem about Aurora/Eos and learn more about the legend.
GALATEA ("My Fair Lady")
There's a sculptor from old Nicosia,

Whose kits you can buy at Ikea.

That instills a new life

In your fetish or wife

(Help from Venus worth mention).

Animation for nymph Galatea.
Dr G.H. and Giorgio Coniglio, 2022
Authors' Note: The ancient Greek myth about the Cypriot sculptor Pygmalion was recounted by the Roman poet Ovid in his epic work "Metamorphoses" in 8CE. The name of Pygmalion's self-crafted ivory love-object was not recorded until French romanticists picked up the issue in the 19th century. In 1871, the British comic playwright W.S. Gilbert composed a modernized spoof in blank verse, "Pygmalion and Galatea", that became a successful hit, as did "Pygmalion", George Bernard Shaw's theatrical contribution, and its musical and cinematic adaptations known as "My Fair Lady".
LEDA AND THE SWAN

He, disguised as a swan;

When she strayed, things got laid — cut and dried.

Dr G.H. and Giorgio Coniglio, 2022
Authors' Note: King T. refers to Sparta's King Tyndareus, husband of Leda. These characters in the story of "Leda and the Swan" were presumably mortal. However, relevant accounts, as depicted in literature and representative art, vary as to the mortal status of the couple's famous offspring (the twins Helen and Clytemnestra, and Castor and Pollux were hatched as human babies from the oversized eggs.)

Where Ovidio dreamt he would own a
Collection of myths,
With a personal twist:

His anthology's tops in Ancona;
It's a hit from Milan to Verona!
(Get his app for your laptop or phone-a.)
Dr G.H. and Giorgio Coniglio, 2022
Authors' Note: Sulmona is a town in Italy's Abruzzo region where the renowned Roman poet Ovid (Ovidio in modern italian), contemporary of Horace and Virgil, started writing his works in Latin. His magnum opus "Metamorphoses" is a monumental epic of 15 books, recounting chronologically the creation of the universe to the reign of Julius Caesar. It is the source of much of our knowledge of Greco-Roman myth, although often recounted with a personal twist.
Posted by Giorgio Coniglio at November 10, 2022