Edification about Word-Pairs: "The BINOMIALS", A Linguistic Lesson

ORIGINAL SONG: "The Elements", Tom Lehrer, 1959.
LESSON COMPOSED: Dr. G.H. and Giorgio Coniglio, 2015. This explanation is required for the reader to understand the material on Word-Pairs that underlies the second through fifth song in the collection of 9 parodies.
BINOMIALS: We are dealing here with a linguistic device discussed by Wikipedia as “Siamese twins” or ‘Irreversible Binomials”. These
phrases include some of the most colorful expressions in English. There are probably a thousand binomial expressions in the English language. To enhance the singability, I have skewed my selection of binomial pairs here, to emphasize those that have alliteration of the 2 elements.
For discussion of binomials on an earlier post (January 5, 2017), click here; that post also honours our previous exploration of these intriguing expressions, and is entitled "The Allure of Word-Pairs: Alliterative Binomials (compendium)".
UKULELE and GUITAR-FRIENDLY LINK: Our whole series of songs can be found in a friendly format for ukulele- and guitar-players on our sister blog "SILLY SONGS and SATIRE". Click here to proceed to this site. But note that as it is a 'private blog' you will need to arrange access, if you don't already have it. Leave a comment on this post if you want to access the version with chord-charts and helpful performing suggestions. 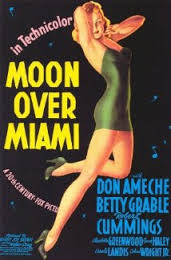 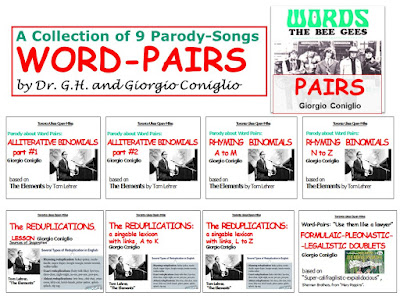 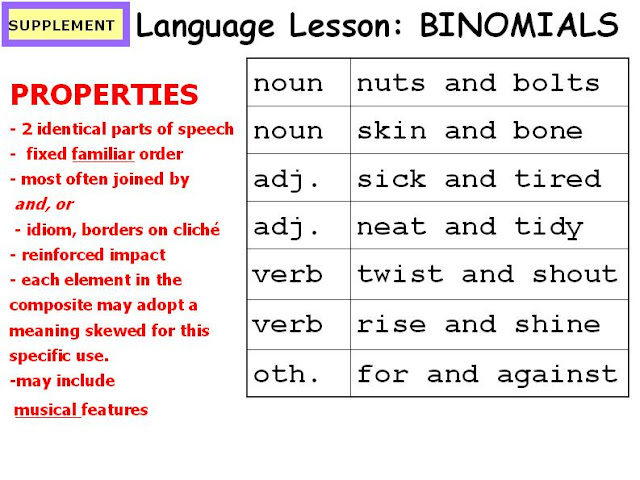 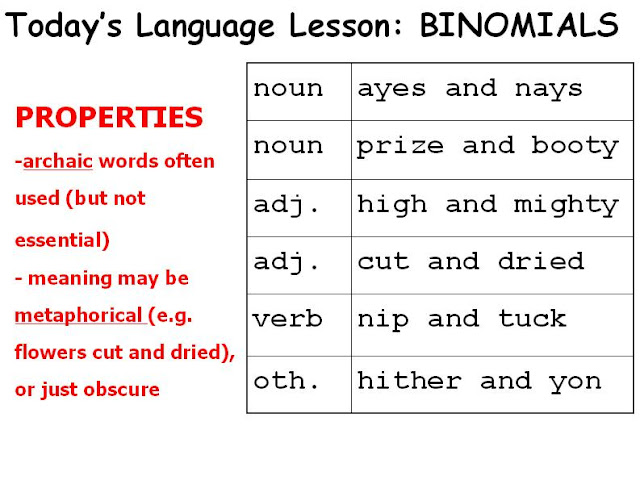 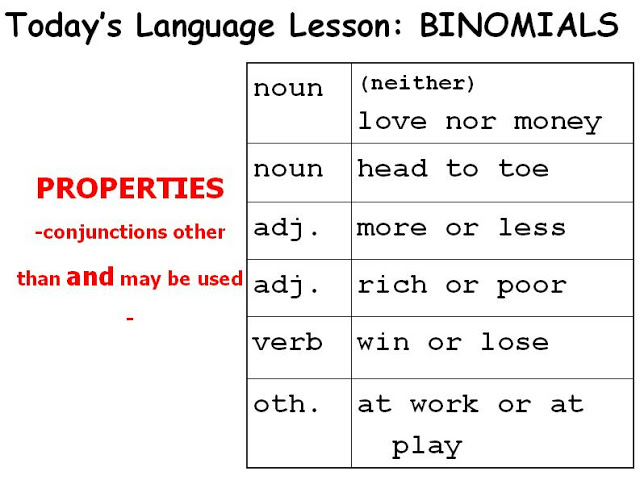 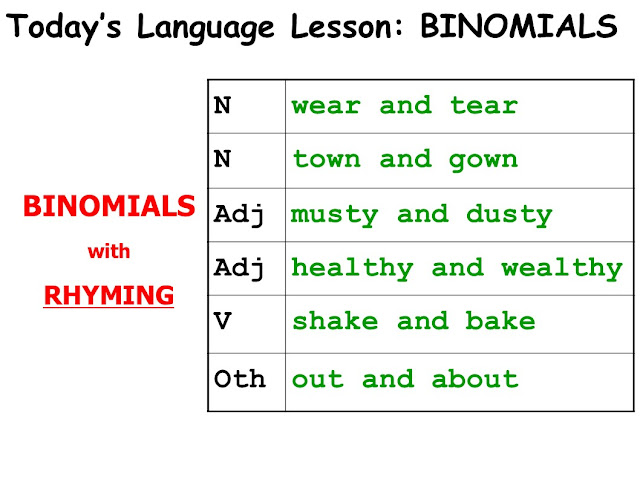 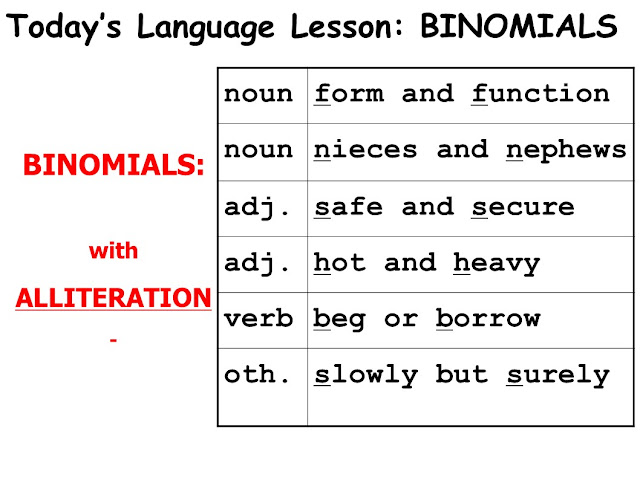 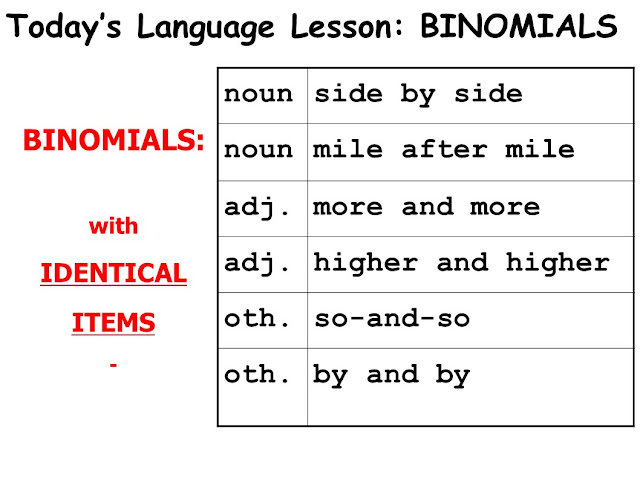 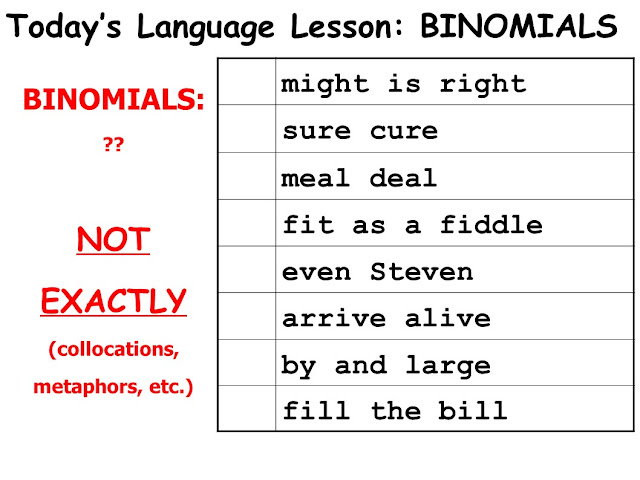 AND, A TRIBUTE TO BINOMIALS IN POETRY
A binomial (clichéd) expression:
Hale and hearty — our topic this session,
Gives good grades for your health,
And good outcomes? A wealth
(Just be sure to avoid indiscretion).
You find 'hale' a hard challenge to spell?
Time has come to say, "Hail and Farewell".
Hide and seek, hard and fast,
Here and now (not the past).
Show and tell, both in Heaven and Hell.

A binomial pair, phrase, or expression, is a language element consisting of a pair of words that are used in a fixed order as an idiom. The two members of the pair are the same part of speech, are semantically related, often near-synonyms or antonyms, and are most commonly joined by 'and', or 'or'; they often play a role as clichés. The term irreversible binomial was presumably coined and extensively discussed by American philologist Yakov Malkiel in 1954. The most catchy of these phrases are alliterative, as 'hale and hearty', or rhyming, as in 'health and wealth' or 'haste makes waste'.
Ethics maven, a loyal supporter,
Advised Donald, "Don't toy with fixed order:
First there's sin, then redemption;
If we make an exemption,
They'll let drug dealers in 'cross the border."
For binomial expressions, such as Sin and redemption, there is a mandatory order of the two linguistic elements.

According to media reports, during Donald Trump's term in office, particularly towards its end, there was discussion of the use of a 'pre-emptive' pardon to redeem the president's close associates, his family, and even the President himself.
Some archaic words, pair-wise, take part,
Signed and sealed in our lyrical art,
Like betwixt and between,
Goods and chattels are seen,
Hook or crook, tit for tat, ... just to start.
Penny-wise and pound-foolish — old shopper:
Hue and cry, to and fro, prince and pauper;
Spick and span, spit and polish,
Hem and haw, beck and call-ish —
You'll find lo and behold prim and proper.