Over the last week we have had an anagram contest at the national (U.S.) level. We apologize to readers who missed the opportunity to participate.

The challenge was to come up with the best anagram (letter-scramble) of
E-L-E-C-T-I-O-N F-R-A-U-D
Out of an abundance of caution, we avoided announcing the contest initially, and have not required contest participants to agree to publishing their phone numbers, email addresses or charge-card PINs.
But we are now pleased to announce that the WINNING ENTRY nationally was ...
FAILED RECOUNT
Consideration was also given by the judges to the best entry for each participating state; the winning entries are shown on the accompanying map.
Sincere thanks to all who participated. 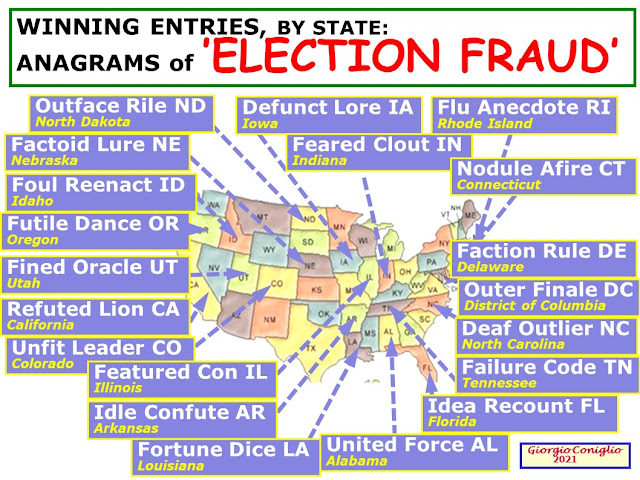 The national RUNNER-UP for best anagram is...
OUTLINED FARCE
Now to the Runners-Up for each participating state...
Read carefully. These concoctions are all different from the state 'Winners', which were posted 2 days ago!
And have a safe week -- two-day countdown to Freedom-from-Trump Day! 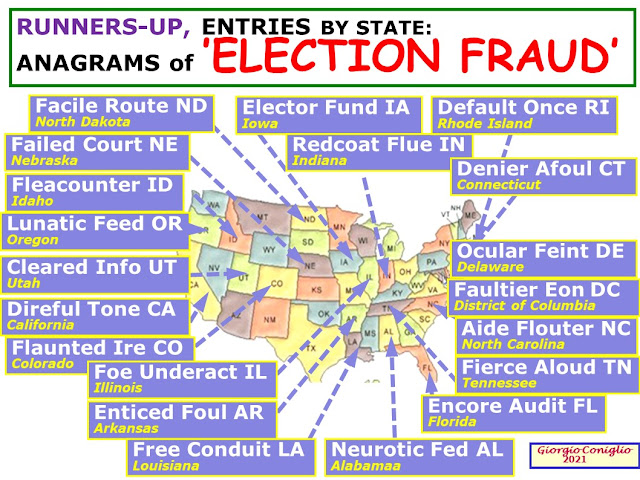 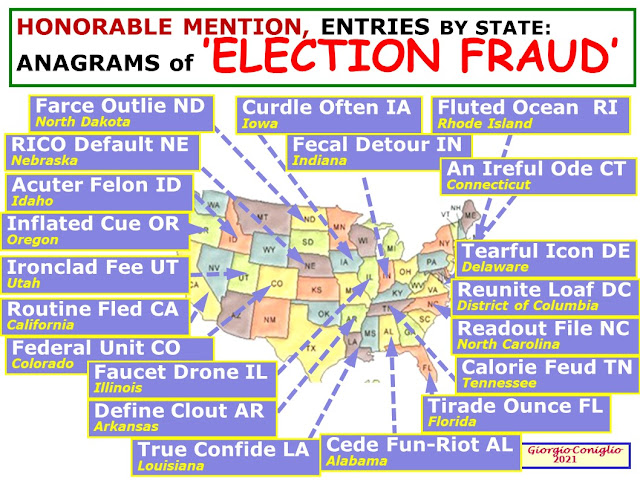 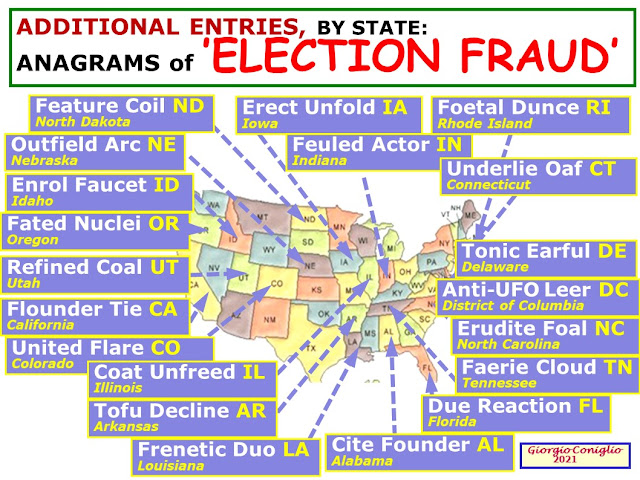 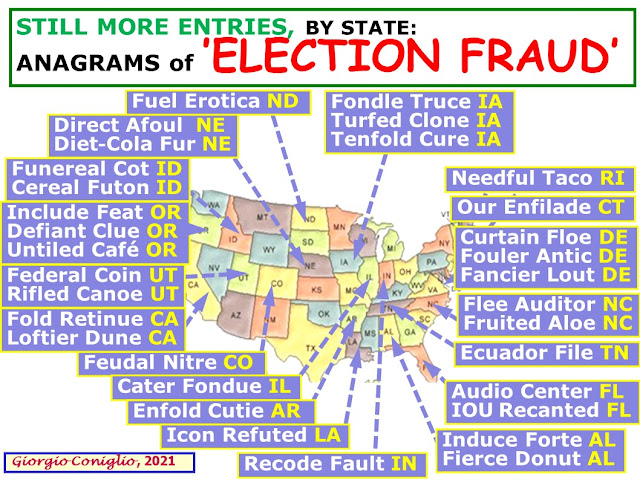 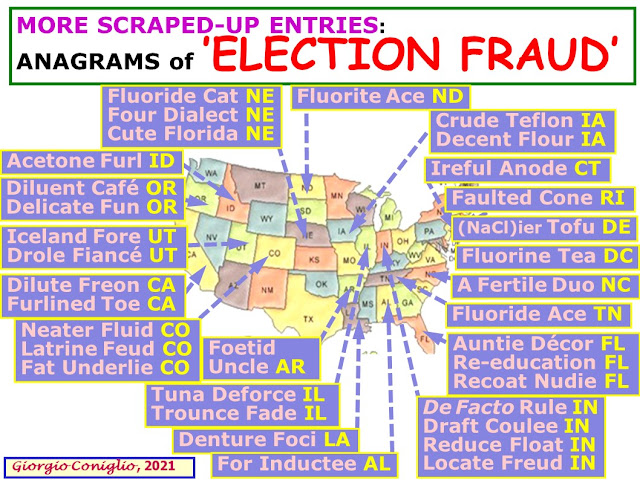 For a more serious take, you might want to review this Wikipedia article.
Giorgio Coniglio's stuff can also be found on Facebook, should you so desire.
Posted by Giorgio Coniglio at January 05, 2021